Call us now for best details 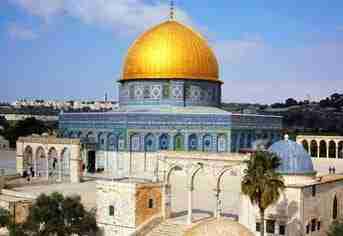 Alhamdullilah we have served thousands of clients for Hajj & Umrah and still going.

Al-Masjid Al Aqsa has a very special place in the hearts of the entire Muslim community due to its unique and rich history as a place of worship that is so closely intertwined with the lives of many of the Prophets of Islam, as well as for its unique status as a Masjid to which travel is recommended and in which reward is increased. It is a unique and blessed Mosque of vast size comprising 144,000 square meters in size (covering approximately 1/6th of the entire area of the Old City of Jerusalem) and with the capacity to accommodate the region of 500,000 worshippers.

However, in his life, the most memorable reason for the importance of Al-Aqsa Mosque is that it was the place where Isra travelled at night, and it was the place from which he made his journey of Miraaj to the Heavens.

In the books of Hadith, we learn that the Prophet (saw) went to visit the Kaaba at night, and fell asleep. The Angel Jibreel (Gabriel) then awoke him and led him to a winged white beast named Buraq. It was on Buraq that the Prophet (SAWW) then made the journey to Jerusalem (a journey that would typically take 40 days) in just one momentous night. On reaching Jerusalem, the Prophet (saw) met and led all the previous Prophets in prayer at the site of Al Masjid Al Aqsa, and then embarked on the Miraaj to the Heavens.

The journey of Israa was such a momentous occasion that Allah revealed verses relating to this journey in the Holy Quran – “Glorified be He [Allah] Who did take His servant for a Journey by night from Al Masjid Al Haram to Al Masjid Al Aqsa, whose precincts We did bless, in order that We might show him some of Our Signs. Verily He is the All-Hearing, All-Seeing” [17:1].

After the death of the Prophet Muhammad (SAWW), the second khalif of Islam (who was also a close companion of the Prophet Muhammad (SAWW), Umar Ibn Al Khattab, entered and mercifully liberated Jerusalem (accompanied by 40,000 sahaba) on the invitation of the Christian leader at the time, without shedding blood and with the guarantee of protection for the lives, property and places of worship of others within the city who wished to remain there. As Umar’s personality and characteristics closely resembled and matched those of the liberator of Jerusalem foretold within scriptures, the people of the city were quick to embrace and accept his rule.

As mentioned earlier, when he arrived at the site of Al Masjid Al Aqsa in 637/638AD, he didn’t find a place of prayer but rather a plot of land that had been left barren and had been used as a rubbish tip by the Romans. Upon seeing this, he took the responsibility to remove the waste with his own hands and to rebuild Al Masjid Al Aqsa. Both the Christians and the Jews were pleased with the arrival of Umar and the Muslims, and with their just rule.

In 691/692AD, Abd’ al-Malik bin Marwan began constructing what is nowadays known as the Dome of the Rock on top of the rock which some belief was the place where Prophet Muhammad (SAWW) embarked on his Miraaj to the Heavens. However, it must be noted that regardless of whether the rock has importance, for this reason, its primary significance derives from it being within the boundaries of Al Masjid Al Aqsa and therefore part of Al Masjid Al Aqsa.

The prestige of Praying at Masjid Al-Aqsa

According to different hadiths, one can easily judge the importance of praying in masjid al Aqsa.

Abu Dharr (may Allaah be pleased with him) said:

Umrah is the minor pilgrimage of Islam which is the Sunnah of Prophet Mohammad (SAW). Umrah is an act of worship that is an excellent source to ask for forgiveness from Allah (SWT) and get the chance to become the guest of Him (SWT). Labbaik hajj umrah is one of the leading names in the field of Hajj and umrah. In addition to hajj and umrah packages, we are offering several Al Aqsa packages 2022. Now you can enhance your spiritual level by performing umrah along with a visit to the historical Masjid al Aqsa.