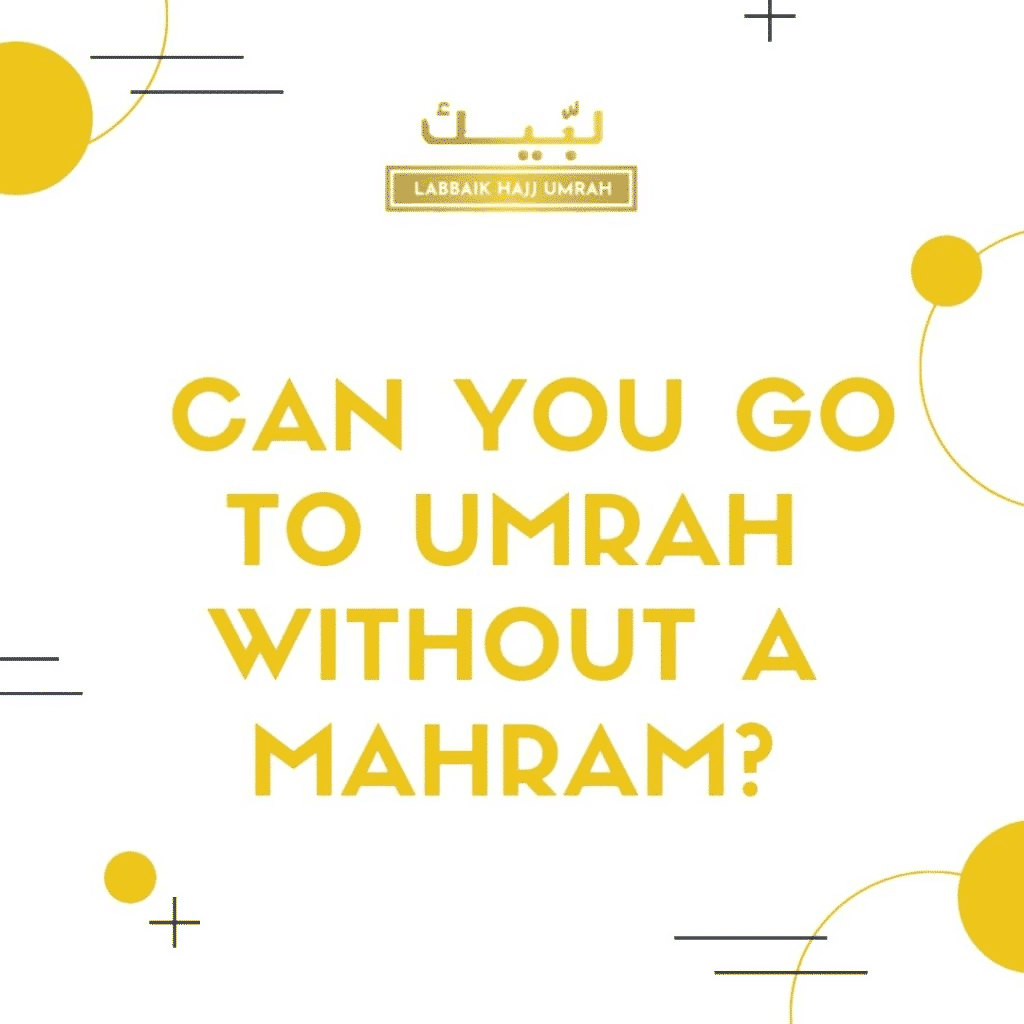 Traveling as a female solo traveler anywhere in the world is not much confusing than a solo traveler moving to Saudi Arabia. Especially when it comes to Umrah, we all have to follow travel rules defined by Islam. Saudi govt. allows to enter independent females (above age 25) to enter the kingdom, but whether one can go to perform Umrah?

Mahram of a female according to Islam

The definition of mahram in Islam is described in clear worlds. Any male relative of a woman with whom she is not permitted to marry at any time and in any situation because of blood ties, breastfeeding or ties through marriage.

The list of mahrams, according to Islamic Shariah, is listed below:

No, a woman can’t go for Umrah or any other purpose without a mahram with her, as defined in Islamic rules. A woman must fear Allah and follow regulations that Allah ordered us. Some of the Hadiths are noted below that will utterly aware of you to the matter. By the finesse of Allah towards His accepting slaves, if an individual makes plans to do an act of worship yet he can’t do it for some reason, Allah Almighty will still reward the person in any situation.

Al-Bukhaari (4423) narrated from Anas ibn Maalik (R.A) that the Holy Prophet (P.B.U.H) traveled back from the campaign to Tabook. When He (P.B.U.H) drew close to Madinah, He (P.B.U.H) said: “In Madinah, there are people who, whenever you proceeded any distance or crossed any valley, were with you” They said: O Messenger of God, O Messenger of God,
although they are in Madinah. He stated: Even though they are in Madinah because they were kept there by reasons.

On the mastery of Abu Hurayrah (R.A), the Prophet (P.B.U.H) said that: “It isn’t admissible for a woman who has faith in Allah and the Last Day to travel a separation of one day and one night without her mahram.”

Shaykh Muhammad ibn Uthaymeen (R.A) stated: This activity – Hajj without a mahram – is haraam in light of the hadeeth of Ibn Abbaas (R.A). Who stated: I heard the Holy Prophet Muhammad (P.B.U.H) said when He (P.B.U.H) was conveying a lesson. “No man should be alone with a female except her mahram is present, and no lady should travel except she has a mahram with her.” A man stood up and stated, “O Messenger of Allah, (P.B.U.H) my better half has set out for Hajj, and I have followed such-and-such a military action.” The Prophet (P.B.U.H) stated: “Proceed and do Hajj with your better half.” Narrated by al-Bukhaari, 3006; Muslim, 1341.

Based on Islamic teachings all Muslims advised following the rules and regulations defined by Islam as we will answerable for our deeds on the Last Day. A woman should fear Allah and not travel to Umrah or Hajj unless he can arrange a mahram for herself to move on. Allah Knows The Best.