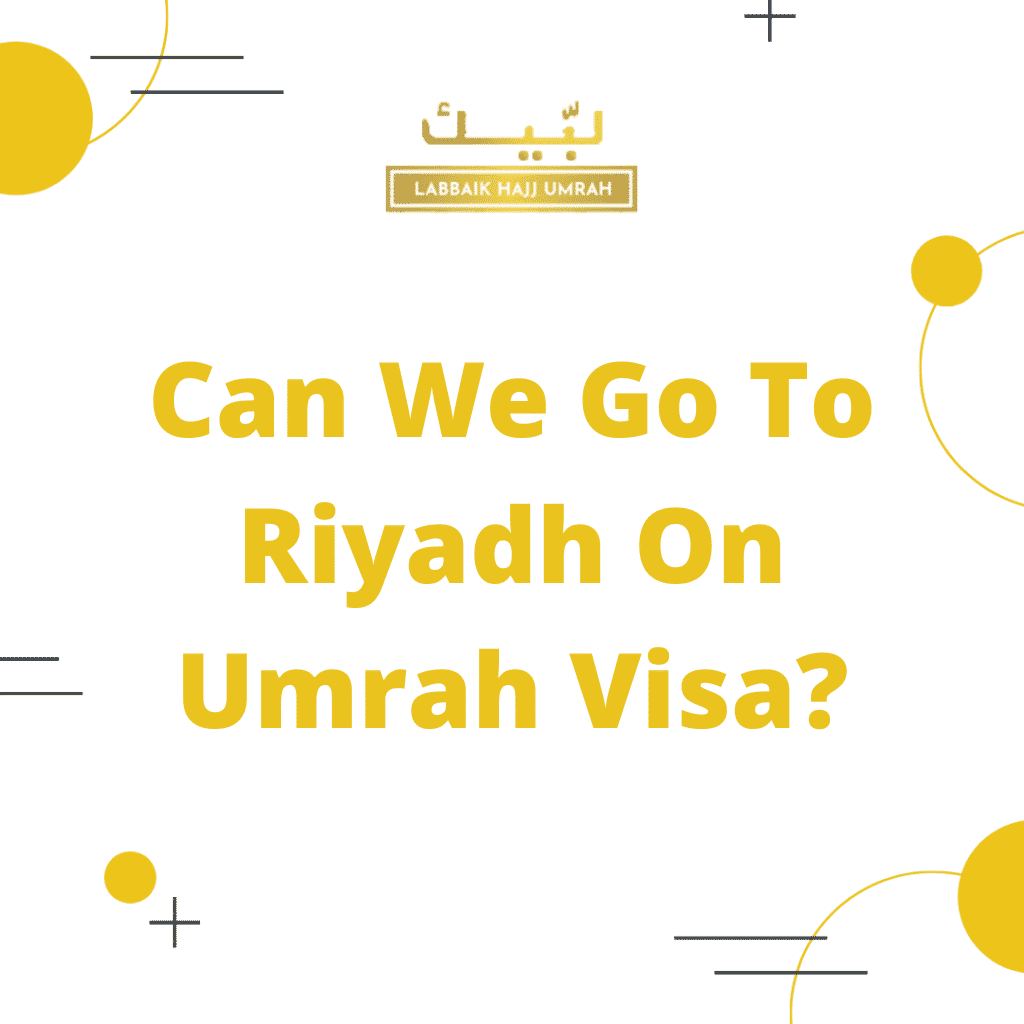 Would you like to be locked in a room in your home? The answer to this question is “no”. During the journey to Umrah, visitors always want to cross the boundaries of the two holy cities to visit other places. As citizens of a decent UK, we all adhere to every principle of a foreign country. Being the most trusted travel agency in the UK, many new buyers ask if they can go on the Umrah visa to other cities in Riyadh, Jeddah, Dammam and Saudi Arabia.

Just a few years back, Umrah pilgrims were only allowed to enter Makkah and Madinah via Jeddah airport. Now Saudi govt. has changed its rules about in-country travel of Umrah pilgrims. Umrah pilgrims can now go to all the cities of Saudi Arabia, including Riyadh, on the Umrah visa.

Riyadh is the city from where the modernization of Saudi Arabia originated. It is also known as Al-Wosta. It is a lively city famous for its colourful Saudi souqs, museums, business centres, and cultural scenes. Never miss the world-class cafes and restaurants of Riyadh, which serves quality cuisine of eastern taste.

If you are in search of calmness, head to the north of the city. That is named Edge of the World. You will find heart-stopping views over the arid plains below your feet.

Most visited points of attractions in Riyadh are listed here.

It is the kingdom’s largest and most entertaining museum consisting of a total of eight halls. The first hall, Man and the Universe, as the name described, has a look of animals that once ever existed. A piece of a mountain is also there in which you will see the handprint of an ancient human. Hall two will amaze you with the civilization before the Islamic era in Saudi Arabia. Rocks with coded language prints are also protected there.

One of the halls is specified to our holy prophets (P.B.U.H) journey from Makkah to Madinah and Islamic history, including 500 years old manuscripts of the Quran. While the rest of the museum displays, the whole revolution took place in Saudi Arabia.

The civilization of this village started 1500 years ago when the Bedouins began to live here. Some people still live there, and they have developed Al Salem Museum by themselves. The village is designed under Najdi architecture. Visit to Ushaiger is incomplete without seeing its golden sunset and sprawling town.

Outside of the walls of old Riyadh city and close to the National Museum, the house of King Abdul Aziz is located by the name of Al Murabba Palace. He was the real-time founder of modern Saudi Arabia people see today. It is a two-story building king used to live from 1938 to 1953.

Built-in 1865 with clay and mud-brick represents the rise of the kingdom. It has been used for several purposes from its construction to still. It was initially used to house the garrisons. Later than as a missiles warehouse after the raid by King Abdul Aziz, and then as a prison. Nowadays, it is a restored museum fully opened for visitors. You will also see a map of Saudi Arabia dated from 1912 to 1937.

It is the first Saudi state established in 1744 by Muhammad ibn Abd al-Wahhab and Prince Muhammad bin Saud. A year later city was named as the capital of the country. The town was designated a UNESCO heritage site in 2010. The area has now subjected to a plan aimed at bringing it back to life.

Exploring Saudi Arabia along the Umrah performance is not a bad deal. You can use our professional services to explore the historic city of Saudi Arabia. There are a lot more things to do in the city that can’t be summed up in a page.