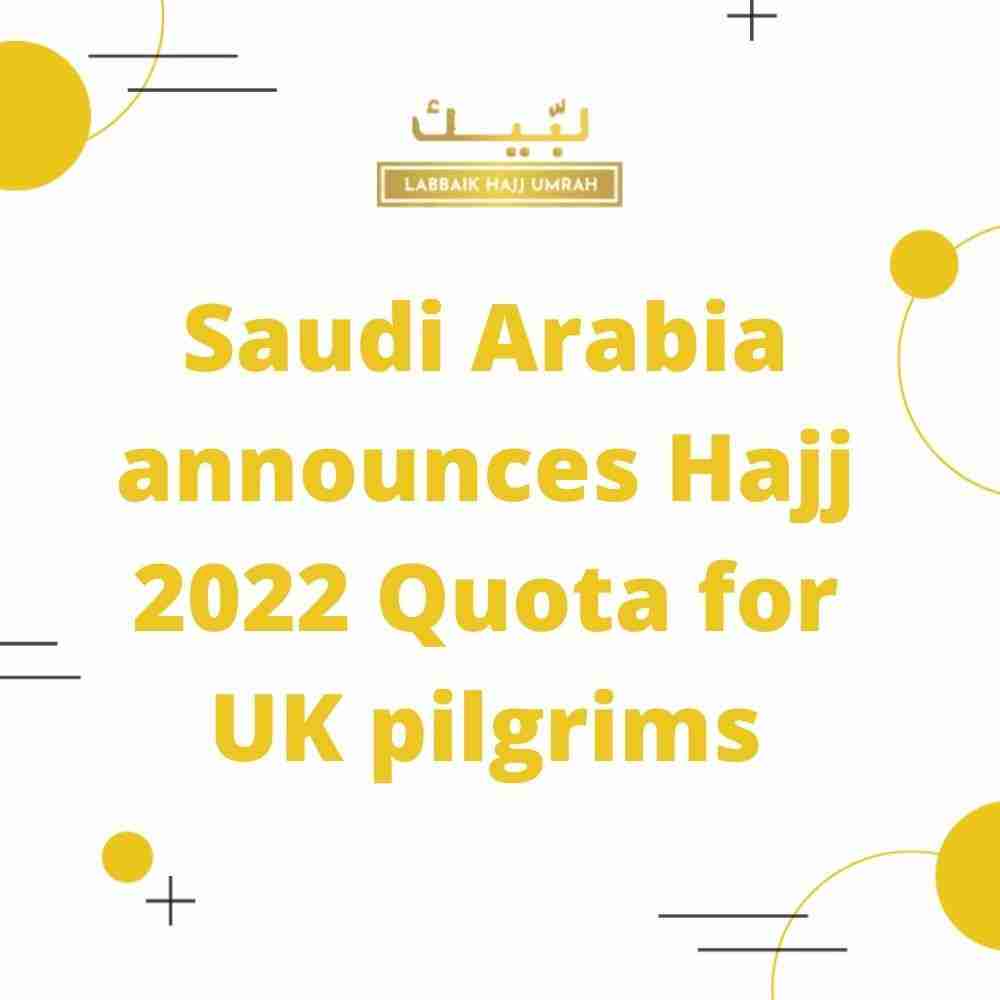 Announcing the quota for Hajj 2022, the ministry said that out of the total one million pilgrims, 85 per cent have been allocated for foreign pilgrims who will have the privilege of performing Hajj this year. Hajj 2022 quota for UK pilgrims is 12,348.

According to an authoritative estimate, by 2022, around 9% of the UK population will be Muslim. The Islam-related population is growing rapidly in the UK. While in 2016 it is more than 7%, mainly due to migration and an increase in the Muslim population.

Saudi Arabia has already announced on April 10 that one million pilgrims will perform the Hajj this year. And that number includes 1 million domestic and foreign Muslims. Remember that more than 2.5 million pilgrims have also performed Hajj in the recent past. But keeping in view the health of the pilgrims and the COVID 19, the government has reduced the number of pilgrims in 2020, 2021 and 2022.

If you don’t know about Hajj Method then follow this topic to comply- What is Hajj?

So, Saudi has allocated Hajj 2022 quota in each country based on the current Muslim population figures.

Hajj 2022 Quota for other countries:

The reason for issuing Hajj visas to large populations of Indonesia, Pakistan and India is the large population of Muslims. Indonesia is the most populous Muslim country in the world, so its quota is the highest of all. Angola has a small Muslim population, so Angola (an African country) is at the bottom of the list. A large number of pilgrims from Egypt will join Hajj 2022 which is at the top of the list of Arab countries.

This time the Kingdom is not closing the doors of Hajj for any country. There are more quotas for other countries that have not yet been publicly printed.

Verily, Hajj is great worship and journey for every Muslim. Therefore, don’t waste your time searching for Hajj packing. Because you can know here in detail: What Should I Pack For Hajj?

Pilgrims should enter into travel agreements only with those travel agencies approved by the Ministry of Hajj and have valid documents.

CBHUK (The Council of British Hajjis) CEO Rashid Mogradia told Arab News: “We welcome British Muslims to the Hajj this year. He said Pilgrims should verify that the Agency has its visa quota and applicants must obtain written confirmation that the Hajj package they have purchased includes a Hajj visa. In addition, the authorized Travel Agency must have a valid ATOL license.

Labbaik Hajj Umrah is a UK based accredited travel agency with its own ATOL number – 74904. We have a long list of satisfied customers who shared their experiences of the holy journey.