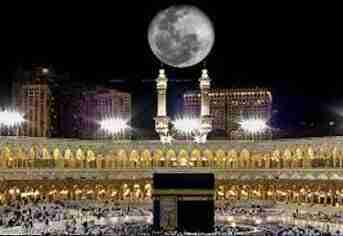 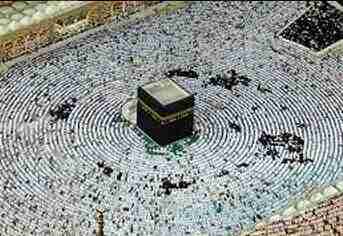 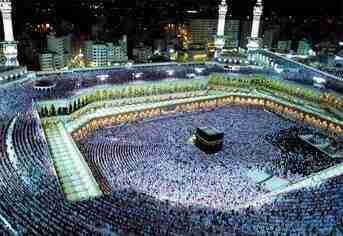 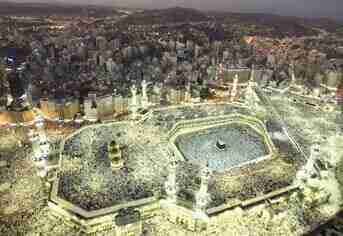 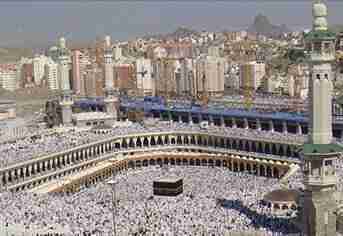 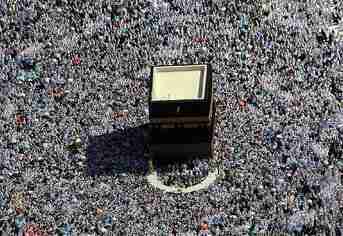 Alhamdullilah we have served thousands of clients for Hajj & Umrah and still going.

Meaning of hajj in Islamic terminology

Hajj means visiting an important and honourable place. The word “Hajj” means doing some activities during five days (8th to 12th-13th) of Dahul Hijjah. And performing all these activities in Al Haram and surrounding areas (Arafah, Muzdalifah and Mina) of Makkah is called Hajj. Performing this worship at a fixed time makes it more special than others. Hajj rituals are called “Manasiku’l Hajj.” And those who perform “Manasiku’l Hajj” at those selected places at certain times are called "Hajji."

Hajj is the fifth pillar of Islam

It is obligatory for every Muslim man or woman, without any distinction. It isn't for those who are physically and financially unfit.

And our Prophet regarded Hajj (pilgrimage) as one of the 5 pillars of Islam and showed Muslims how to do it by applying it himself.“And proclaim the Hajj (pilgrimage) for mankind! Let them come to you either on foot or on tired camels which come from distant highways.” (Hajj: 27)

Benefits of hajj according to different hadith and verses

Following are the hadith related to the benefits of hajj. Narrated Abu Hurairah (R.A): Allah's Prophet Muhammad (Peace Be Upon Him) was asked, "What is the best deed?" He replied, "To believe in Allah and His Prophet (Muhammad).

The questioner then asked what is next (in goodness)? He (PBUH) replied, "To participate in jihad (Battle) in Allah's Cause." The questioner furthermore asked, "What is the next (in virtue)?"

He (PBUH) replied, "To perform Hajj 'Mubrur, (which is accepted by Allah and is conducted to seek Allah's pleasure only and not to show off and without sinning and under the traditions of the Prophet)."

Hadrat Abu Hurairah reported that Allah's Messenger (Peace Be Upon Him) stated:"(The performance of) 'Umrah (less pilgrimage) is an expiation for the sins committed (between it and the previous one). And the reward of Hajj Mabrur (the one accepted by Allah) is nothing except Jannah."

There are three types of Hajj, so the method of performance for all three is slightly different from each other.

Although all the forms of Hajj are rewarded by Allah Almighty. And most recommended method to perform Hajj by Prophet Muhammad (PBUH) is Hajj-e-Tamattu. They also perform Hajj by slaughtering animals on Eid-ul-Adha in the same year. It involves Tawaf and Sa’i twice the time, once for Hajj and once for umrah.

Prerequisites for performing the Hajj

Requirements are to be a Muslim be of sound mind be an adult or be mature enough to be free and to have the ability to afford the journey.

One should know how to perform Hajj

A person going for Hajj must know! What are the compulsory rituals to complete before going to Hajj?

On the 8th of Dhul Hijjah, hajis wear their Ihrams and affirm their intention to perform Hajj. They perform Tawaf of Kaabah after praying the Fajr Salah. Afterwards, they travel between the mounts of Safa & Marwah for Sa’i. And after that, pilgrims (Hajjis) move towards Mina from Makkah. Pilgrims stay overnight in the tents in Mina and perform all remaining prayers there.

Pilgrims spend their time in Zikr and Ibadah of Allah Almighty seeking His blessings and forgiveness. After reaching Muzdalifah, they offer Maghrib & Isha prayer together and spend the whole night there. Pilgrims also gather pebbles from Muzdalifah for the stoning at Jamarat (stone pillar), the next day.

On 3rd Dhul Hijjah, pilgrims return to Mina from Muzdalifah for pelting stones on Jamarat. Where they throw the first rammy in the Mina (throwing 7 pebbles on the biggest stone pillar). After this stoning, pilgrims must sacrifice an animal to re-enact the story of the Prophet Ibrahim (AS). Afterwards, pilgrims (men only) trim or shave their hairs then remove Ihram. Many proceed to Makkah to perform Tawaf and Sa’ee before returning to their campsite in Mina.

On each day, pilgrims symbolically stone the devil by pelting stones at the three Jamarat and spend the 2-3 days in Mina before returning to Makkah for the final Tawaf of Kaabah.

Note: Get a complete guide on "What is Hajj and How to perform it?"

OTHER PLANNING REGARDING HAJJ

Every year millions of Muslims across the world undertake this spiritual journey and gather together in Makkah to perform Hajj. Before embarking on this pilgrimage, it is significant to plan and book the Cheapest Hajj Packages 2022 UK through a reliable travel agency.

Labbaik Hajj Umrah takes pride in serving the pilgrims who intend to undertake this spiritual journey and providing the Shifting and Non-Shifting Hajj Packages 2022 for the UK pilgrims.

Labbaik hajj umrah proposes a unique designed 3-Star, 4-Star, 5-Star and Best Super Deluxe Hajj Packages 2022. You also have the option to select your airlines, accommodation, and transport. We believe in transforming your experience by personalizing your needs and ensuring both comfort and class in your annual pilgrimage trip. Rest assured, that you will be offered the best Hajj 2022 prices in the market.

Labbaik hajj umrah offers customized Cheap and Affordable Hajj Packages 2022 London & Manchester for individuals, families, and groups at discounted rates starting from the Cheapest non-shifting Hajj Package 2022 to the Best Super Deluxe Hajj Packages. People from the UK are increasingly opting for Hajj with family or groups which enable them to get the Cheap Hajj 2022 Package.

We also provide Hajj Special Offers and the best Hajj deals for individuals who want to travel in groups to perform Hajj in 2022. Call our travel experts today for details if you are looking for a customized individual, family, group or Complete Hajj 2022 Packages UK.

In shifting hajj package, your staycation location would be changed from time to time. The hotel or apartment is booked according to the availability of the accommodation during the peak time of Hajj. If accommodation is not available near Haram during the peak Hajj days. It is booked away from the Haram and most likely in Al-Aziziyah. Towards the end of the Hajj, you are shifted to the hotel nearer to the Haram.

Al- Aziziyah apartments and hotels are mostly accessible on Hajj days. Most of the operators also use this time of stay in Al-Aziziyah to train the pilgrims on what to expect in Hajj and how to tackle emergencies. At Labbaik Hajj Umrah you can book the Cheap Shifting Hajj Package and the best Shifting Hajj Packages for your needs.

The location of the stay remains unchanged. A hotel or apartment close to Haram is booked for your entire tour. The Best Super Deluxe Hajj Packages 2022 cost much higher than the Shifting Packages. However, Non-Shifting packages save the trouble of carrying luggage from one place to another from time to time.

What do you require for travelling towards Makkah for the sake of Hajj 2022 Packages?

Note: Ministry didn't give any statement to do Hajj 2022 on Tourist e Visa yet. You can get compliance with it.: Can Do Hajj On Visit Visa?

UK Emergency Travel Documents (ETDs) are not valid for entry into Saudi Arabia. However, ETDs are for exit from Saudi Arabia.

The CDC and World Health Organization recommend these vaccines for Hajj: hepatitis A, typhoid, meningitis, hepatitis B, and rabies. You must have routine immunizations against diseases like measles and pertussis. And only fully vaccinated Muslims can perform their religious duties.

Going on Hajj with the Elderly

Labbaik Hajj Umrah offers the best Hajj deals, budget Hajj packages and Cheap Hajj Packages 2022 UK that fulfil all your requirements. If you have special needs for older adults or disabled citizens. We provide special arrangements regarding wheelchairs, meals, and medicines on request to ensure every need. Labbaik can arrange nearby accommodation for both mosques (Al-Haram and Al-Nabawi). Most facilitations may increase the cost of your Hajj journey from the UK.

Labbaik hajj umrah is the most trusted Hajj tour operator in the UK that has been fortunate enough to be part of the Hajj journey of scores of Muslims of the UK. It is best to book Hajj packages in advance to take advantage of the best deals and slashed prices. We provide complete assistance to book your Hajj package 2022 in advance for the current year. Browse through our cost-effective Hajj 2022 packages in the UK if you are planning to go on Hajj next year. Talk to our Hajj travel agents to know about the latest Hajj deals and packages.