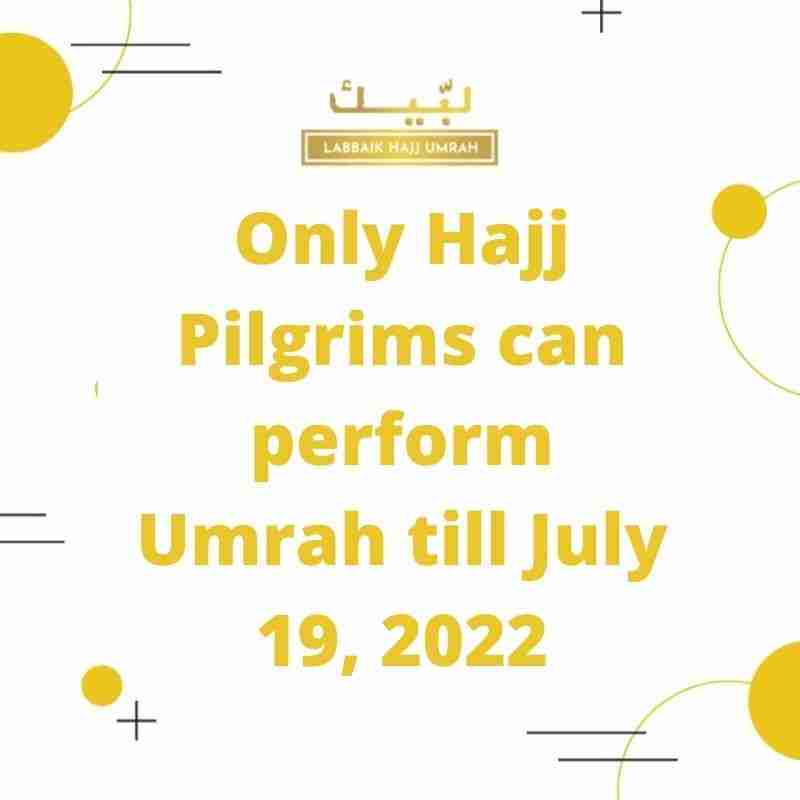 The Ministry of Hajj and Umrah has announced that “Only pilgrims can perform Umrah till July 19, 2022.” Now all citizens of the country and foreigners will not be able to perform Umrah. This temporary suspension is to increase the facilities for Hajj pilgrims. The Saudi government has allowed one million pilgrims to perform the Hajj this year while maintaining a peaceful environment. Therefore, a temporary ban means ensuring the success of the annual pilgrimage.

Do Hajj pilgrims have to get an Umrah permit through the Eatmarna app?

The Eatmarna app shows “Pilgrim Attendance Level“. It works like a digital calculator. It does not make sense for pilgrims to seek permission for Umrah through Eatmarna. Because there is no obstacle for the pilgrims of the annual pilgrimage. But filling in your data on this app is just a formality. If you have a valid Hajj visa, there is no penalty for performing Umrah without entering the data on the online portal.

The Saudi government has allowed only one million Muslims to perform the Hajj. There are various signals to count this fixed 1 million, for example, Hajj Visa portals, check-in data at airports and borders, and the Eatmarna app.

Yes, pilgrims will need to obtain a permit through the Eatmarna app.

Can all Muslims go to Umrah after July 19?

Yes, all Muslims can go on Umrah after July 19. They will perform Umrah again through the same online process before the Hajj season. But the new rules for Umrah have not yet been issued by the official Saudi news agency.

The ministry lifted all restrictions during Ramadan to facilitate Umrah pilgrims. But this freedom is not being given to the pilgrims. They must present a record of all three COVID 19 vaccines and a PCR test. People over the age of 65 cannot participate in Hajj. It is hoped that the start of the Umrah season after the Hajj will ease Saudi laws.

When will the temporary Umrah Prohibition Limit start in 2022?

The temporary ban on Umrah is starting on June 24 and will last till July 19. The Ministry of Hajj and Umrah has officially announced this period on the social channel “Twitter“.

However, the registration process for the Umrah Visa Eatmarna app will begin on July 19, as the Saudi Ministry confirmed in its official tweet.

If one is curious about the news and updates of Hajj and Umrah, then there is no need to go beyond Labbaik Hajj Umrah. You can find also all information about these holy journeys here with Hajj packages and Umrah packages. All the facilities provided by Labbaik Hajj Umrah are for UK people only.