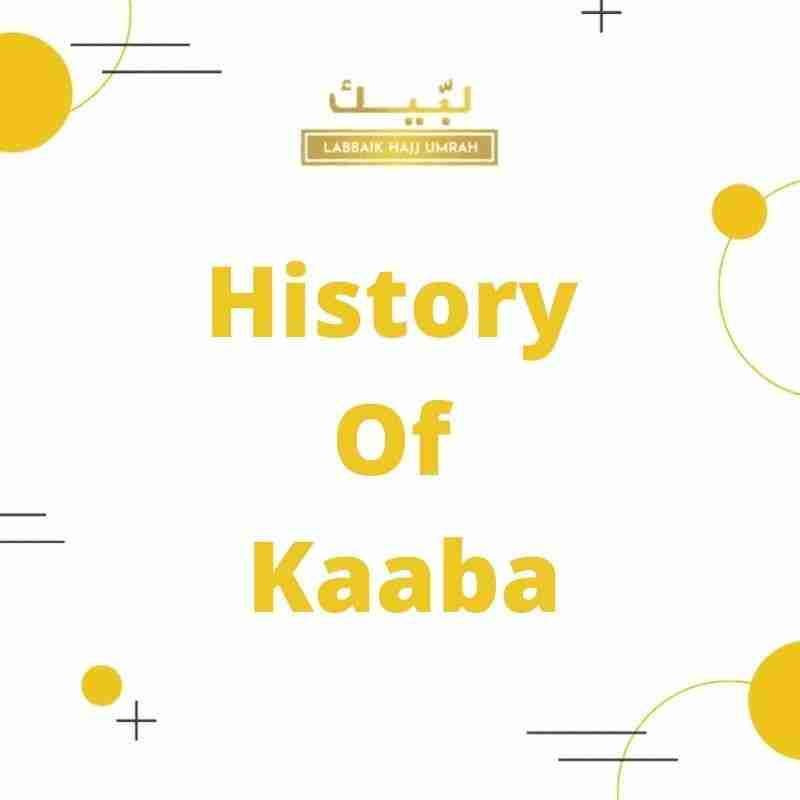 Pilgrimage to the sacred site is a core principle of almost all faiths. The word Kaaba derives from the Arabic language which means cube, a square building elegantly covered in a silk and cotton veil.

In Islam, Muslims pray five times a day. After two years of Migration Prophet Muhammad S.A.W. (from Makkah to Madina), Muslims started to offer their prayers in the direction of Kaaba at the command of Allah.

From that time, the direction of all prayers towards the Kaaba (Makkah) rather than Bait-al-Maqdas (Jerusalem). So, Bait-al-Maqdas is 1st and Kaaba is 2nd Qibla for Muslims, as verses of the Holy Quran put light on it.

All Muslims want to perform hajj at least one time in their lives if they have the capability. Hajj and prayer five times a day are 2 of the five pillars of Islam.

After reaching Mecca, pilgrims gather in the courtyard of the Masjid al-Haram around the Kaaba. They make tawaf (walk around the Kaaba), during which they wish to kiss and touch the Black Stone — al-Hajar al-Aswad — fixed in the eastern corner of the Kaaba.

Without Tawaf, nobody can complete the Hajj and Umrah. Both journeys for Muslims are sources of purifying their souls from committed sins in the present and past. So, Muslims should not leave any chance that they achieve in their lives.  Now Umrah Packages 2022 provides a great opportunity to touch the Kaaba during Tawaf after Hajj. Muslims should not leave this great chance.

History of the Kaaba:

The Kaaba was also a holy place in pre-Islamic times. Muslims believe that Abraham — known as Ibrahim (R.A.) and his son, Ismail (R.A.), constructed the Kaaba. Tradition holds that it was initially a simple unroofed rectangular structure. The Quraysh tribe constructed the pre-Islamic Kaaba with masonry and wood in 608 CE. A door was raised above ground level to protect it from invaders and floodwaters.

Muhammad Prophet (Peace Be Upon Him) migrated towards Madinah from Makkah in 620 CE whose old name was Yathrib. Upon his (PBUH) return to Makkah in 629/30 CE, the Kabba again became the focal point for Muslim worship and pilgrimage.

The pre-Islamic Kaaba was filled with the statues of pagan gods. Muhammad (Peace Be Upon Him) reportedly purified the Kaaba from idols upon his victorious return to Mecca. Muslims believe the Angel Gabriel gave this Black Stone (Hajre Aswad) to Ibrahim (A.S.). Prophet Muhammad (Peace Be Upon Him) made a Hajj in 632 CE, the year of his death, and thereby established the rituals of pilgrimage (Hajj).

The renovation of this building has been going on throughout history. The second caliph, Hazrat Umar, during his reign (634-44 CE) expanded the area around the Kaaba to accommodate the growing number of pilgrims.

The Caliph Uthman (R.A.), who ruled 644–56 CE, constructed the colonnades around the open plaza where the Kaaba stands and incorporated other important memorials into the sanctuary. A civil war between Ibn Zubayr (ruler of Mecca) and Caliph Abdul Malik damaged the Kaaba building in 683 CE.

Reportedly, the Black Stone broke into 3 pieces and Ibn Zubayr reassembled it with silver. He reconstructed the Kaaba in wood and stone, following Abraham (R.A.)’s original dimensions, and also paved the space around the Kaaba.

After regaining control of Mecca, Abd al-Malik restored the part of the building that Muhammad (Peace Be Upon Him) is thought to have designed. None of these renovations can be confirmed through the study of the structure of archaeological evidence.

In the time of the Umayyad Caliph al-Waleed (705-15 AD), the mosque surrounding the Kaaba was decorated with mosaics, similar to the Great Mosque of Damascus. By the 7th century, the Kaaba was covered with Kiswah, a black cloth that is replaced annually during the time of hajj.

Under the early Abbasid Caliphs, who ruled from 750–1250 CE, the mosque around the Kaaba was expanded and modified various times. According to travel trip writers, such as the Ibn Jubayr who saw the Kaaba in 1183 CE, it retained the 8th-century Abbasid form for several centuries.

From 1269–1517 CE, the Mamluks of Egypt controlled the Hijaz, the highlands in western Arabia which is Mecca city today. Sultan Qaitbay, who ruled 1468–96 CE, built a religious school against one side of the mosque. Under the Ottoman sultans, Suleiman 1st, who ruled from 1520-1566 AD, and Salem 2nd, who ruled from 1566-74 AD, underwent extensive renovations in both periods. In 1631 AD, the Kaaba and the surrounding mosque were rebuilt when last year’s flood destroyed it.

Today the present form of the mosque consists of a large open space surrounded by colonnades and nine minarets. And these nine minarets are the most important number for any mosque in the world. At the centre of this large plaza sits the Kaaba, as well as many other holy buildings and monuments.

Today, the Kaaba is a cube structure, almost unlike any other religious building. It is 15 meters tall and ten and a half meters wide on every side; the door of it is now made of pure gold metal and it was added in 1982.