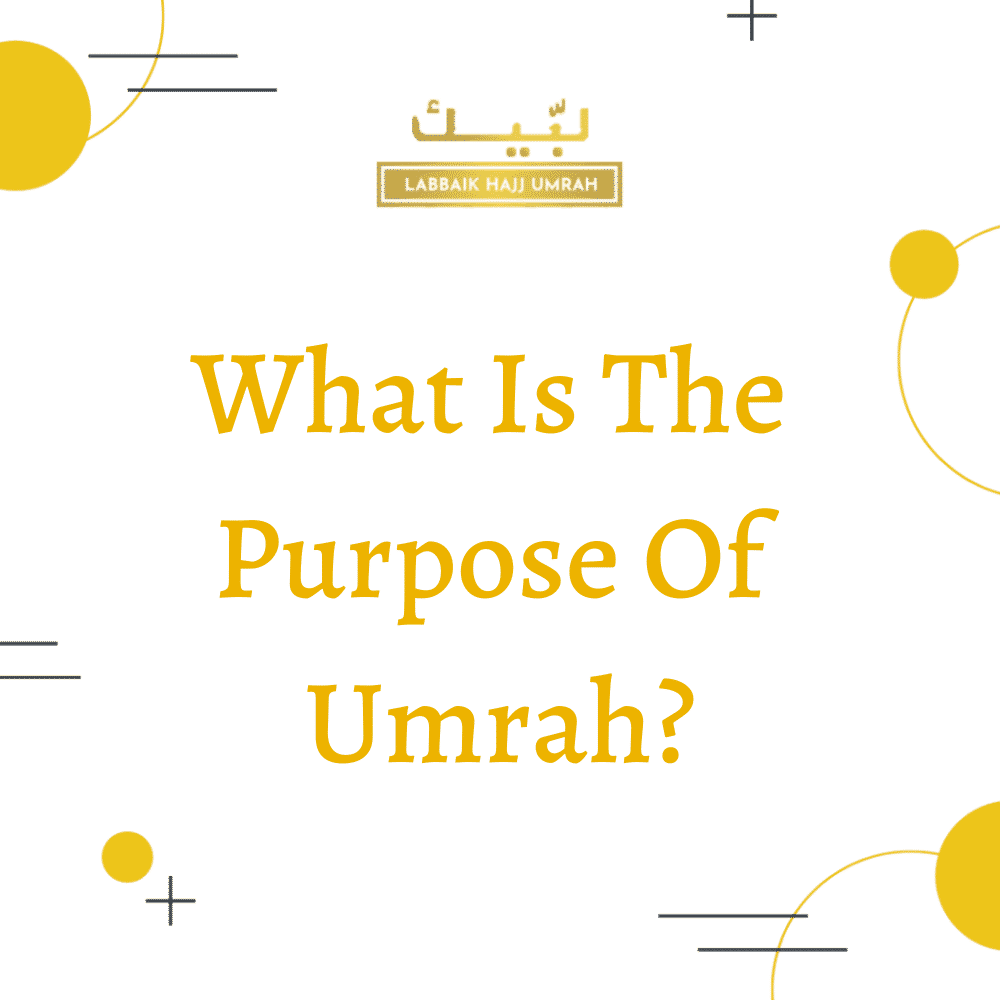 Almost every one of you wants to know about the purpose of Umrah. We all know that it is a non-mandatory act of worship while our beloved Prophet (Peace Be Upon Him) performed it four times in His whole life.

But the purpose of Umrah will not be defined by anyone else. You will define it. As the great companion and second caliph of our Islamic Holy Prophet (P.B.U.H.) Umar ibn al-Khattab (R.A.) said that he heard the Prophet (P.B.U.H.) saying:

Not only Umrah, but every act of our Holy Prophet (P.B.U.H.) has countless benefits. Benefits of Umrah can’t be summed up on a page. Here we will try to mention some great benefits for you in the light of Hadith and Quran.

There are four basic rewards or benefits of performing Umrah:

Reward 1- Being the Guest of Allah Almighty

As Allah’s Messenger (P.B.U.H.) said: “The guests of Allah are three: The Ghazi (a man who fights in jihad just for God), the Pilgrim (hajj performers), and the Mutamir (Umrah performers).” Hadith No. 2626, Book of The Rites of Hajj, Sunan AN Nasai, Vol. 3.

It would be a great blessing for everyone to be the guest of Allah, leaving all worldly matters behind. Imagine yourself as a guest of Allah and how He would reward you with his great mercy. When are you going to be a guest of Allah? Verily, you should book your Umrah package in 2020.

Reward 2- Removal of Sins and Poverty

Perform Hajj and ‘Umrah one after the other, for they remove poverty and sins just as the bellows remove filth from iron, gold, and silver. There is no reward for an accepted Hajj except Paradise (Jannah)”.

In another hadith, narrated by Abu Huraira (R.A.) said: that Prophet (P.B.U.H.) said, ‘From one Umrah to another Umrah will be the redemption of sins for whatever (minor) occurs between them.’ (Bukhari, Muslim).

The highest reward gained from jihad is Shahadat (a man who is killed during a battle for Allah is called Shaheed) that every Muslim wants to achieve as it is set at a high level for Paradise (Jannah). You can earn a reward equal to jihad by performing Umrah.

Once the Holy Prophet (P.B.U.H.) said, “Umrah performed during Ramadan will equal (in terms of rewards) to Hajj or Hajj performed with Me (P.B.U.H.).” (Bukhari, Muslim).

It is a great wish of every Muslim to perform Umrah, but performing Umrah in the month of Ramadan has high significance as described in Hadiths. If you ever get a chance of performing Umrah this month, you should never miss it.

Prophet Muhammad (P.B.U.H.) performed the Hajj at last months of his life but he performed 4 Umrah as mentioned in starting. Here is a question for all Muslims who are you left the chance of performing Umrah with Allah’s Messenger (P.B.U.H.)?

The answer is, none of you wants misses this chance.

I have added another Hadith to understand the importance of Umrah in Ramadan.

The Apostle of Allah (P.B.U.H.) said to Umm Sinaan Al-Ansaariyah who belongs to Ansaar (Those Muslims were called Ansaar, who was from Medina and who had shared their property with other Muslims who came from Makkah).

“What kept you from performing Hajj with us?

We only have 2 camels and the father of her son and her son had gone for Pilgrimage (Hajj) on one camel, and he left us the other camel so that we could carry water on it.

When Ramadan comes, go for ‘Umrah (minor Hajj), for ‘Umrah in (that month) is equivalent to Hajj“.

The purpose of Umrah is looking for the sake of God, getting rewards equal to that of Hajj and jihad, removal of sins, and poverty. On the other hand you will be rewarded of what you have planned as mentioned in the Quran, “ Whoever wants (by his deeds) the harvest of the Hereafter, We increase for him in his harvest (in terms of reward), and whoever desires the harvest (reward) of this world (by his deeds), We give him thereof, but there is not for him in the Hereafter any share.” [al-Shoorah 42:20].